Driving Lessons Coulsdon, Foot brake and Gears. How the foot brake works and how to use the palming technique 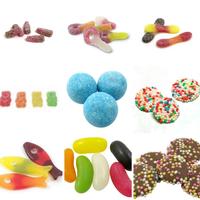 More by this Author

The foot brake operates brakes on all four wheels and is used to slow the car down.

It is operated by swiveling the right foot from the accelerator pedal to the foot brake while trying to keep your heel on the floor.

The pedal should be pressed progressively firmer then as you reach the required speed smoothly released (i.e. squeeze and ease).

When you press this pedal the brake lights at the back of the car come on to warn / signal to other drivers that you are slowing down or stopping.

The clutch pedal (On the far left)

The clutch pedal is used with the left foot to break the link between the engine and the wheels by separating the clutch plates.

You use it when changing gear and stopping.

To operate the pedal press it firmly as far as it will go and then release it slowly and smoothly.

Gears and the gear lever

The gear lever is used with the clutch to select the gears.

There are usually five forward gears and one reverse gear. Between the gears there is a central position called 'neutral', this is just below third gear.

When the lever is in this position, neutral, no gear is selected.

We will use the palming technique to change gears, don’t force the gears, GUIDE the gears into place rather than FORCE it in.

Gears can be changed up or down. This has nothing to do with the direction you move the gear lever, it simply means that you change to a higher gear (4 or 5) or a lower gear (1 or 2).

The basic rule is that you change up through the gears as the speed of the car increases and down when you need more power from the engine. For example, you would change down to a lower gear when climbing a hill or pulling away at low speed.

The gears determine the amount of power available from the engine.

The basic gear changing rule is 'brakes to slow - gears to go'. As the car increases speed, change up through the gears. When you want to slow down, use the foot brake. You need only change to a lower gear when you need the accelerator again to 'drive' the car.

There are also times when you might selectively change up, for example if you have used a lower gear such as third for better acceleration you might be able to change to fifth gear when you have reached your intended cruising speed.

Palming method
to operate the gear lever we use a method known as 'palming'. You can practice this when the car is stationary and the engine is switched off, but make sure that you keep the clutch pedal pressed down to the floor.

The gear lever will automatically spring to the central neutral position when not in a gear. This is very useful when trying to find and select third or fourth gear.

To select first gear place your left hand onto the gear lever, palm away from you. Cup your hand around the gear lever and move it across to the left and forward.

To move from first to second gear keep your hand on the gear lever, palm away from you, apply slight pressure to the left to stop the gear

Lever springing back to the central neutral position, and move the gear lever straight back.

Now move your hand so that your palm is facing you, cupping the gear lever. Move the gear lever forward, allow it to spring into the central neutral position then move it forward to select third gear.

Keeping your hand in the same position, move the gear lever straight back to select fourth gear.

To select fifth gear keep your hand in the same position and move the gear lever forwards, across to the right against the neutral spring and forwards.

How to change gear
the correct sequence for changing gear is as follows:

Your E-mail has been sent. We will be in contact with you soon.

Please refresh the page and re-submit the form.

SORRY
Your content caused an error and your email has not been sent.
Please remove any unusual characters and try again